My parents were married in 1966 and Costume College 2017 theme is the 1960s. The big three pattern companies were starting to make reprints of their 1960s patterns which I started to purchase.
Turns out Simplicity 1609 was a reprint of Simplicity 6395 which I had picked up at a yard sale. So, I compared the dress patterns and tried to make each dress.

Black with pink and white polka dots cotton dress lined with black polyester cotton has pink gross grain ribbon and plastic decorative buttons up front and back invisible zipper. The dress does not hang correctly unless the wearer adopts the posture of the 1960s with the shoulders down and back, and adds the shoulder pads which raises up the fabric correctly.

Pattern: Simplicity 6395 Size 16. Adjustments for wider hips and larger upper arms were made and then mostly undone.

One fashion pose. Hat is too far back on head and hair not quite right.

Black shot with red stretch velvet dress with back zipper. Stretch velvet was incredibly difficult to sew and even handsewing the zipper ended up puckered. I wore this dress to my parent's 50th anniversary with a retro/vintage hat.

Pattern: Simplicity 1609 Size 14 with alteration to make hips/skirt wider. Neckline and cut in shoulders were modified by the makers of this retro pattern for the sloping shoulders of modern wearers as well as the elimination of shoulder pads.

[20160817] When I pulled this retro Simplicity 1609 pattern published in 2013 out, I discovered I had bought, at a garage sale, the original pattern it was based on Simplicity 6395 published in 1966. I had assumed that most retro patterns had multiple sizes and instructions adjusted for the modern sewer, but that the patterns were true to their originals.

Look, the old pattern image is even on the new pattern front. BTW, there are more than 3 pattern pieces in both of these envelopes. 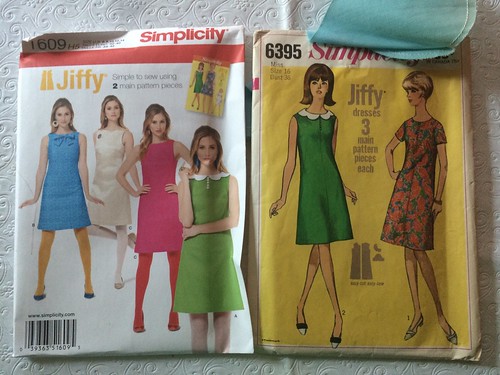 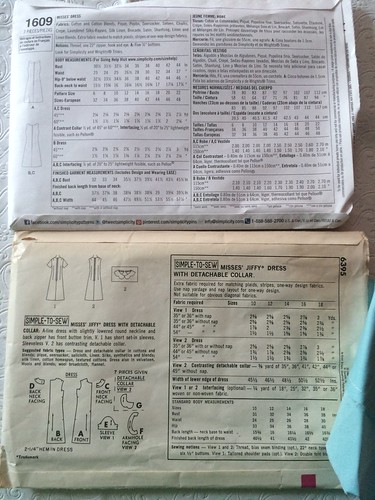 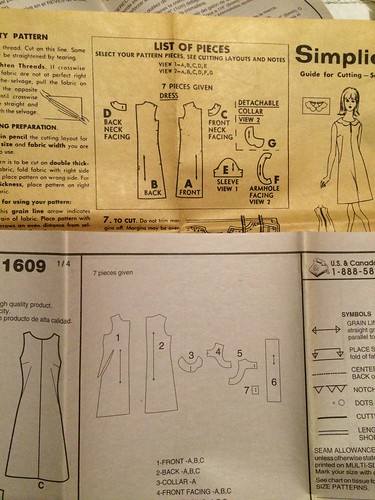 There are two sheets of instructions on the remake with four printed pages. There is just one sheet with two sides on the original. All the sewing instructions for the original fit on one side. 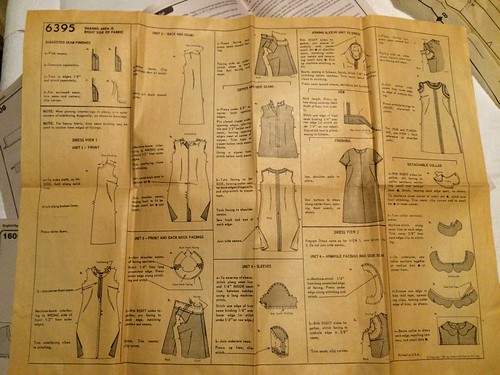 You can see how the neck and armhole facings are different as well as how the modern one sandwiches the collar between the dress and neck facing and the original made a separate collar that was basted on afterwards. 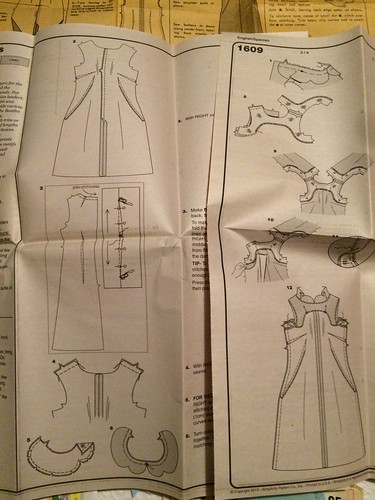 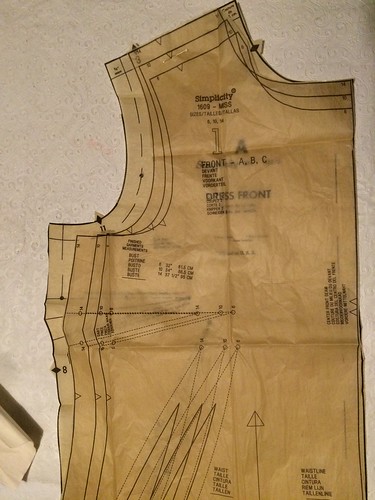 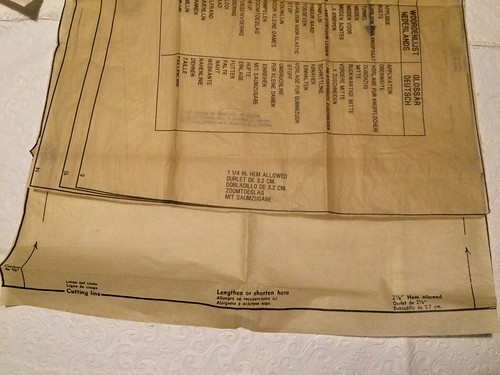 The newer pattern with a bigger bust to hip ratio would probably fit me better, but it kind of chafes me that these remake patterns are not true to the originals. Even though the adjustments seem slight, they will give this dress a very different look. If I make the original pattern, I can make sleeves. But if I make the original and adjust for my hips, I may end up remaking the remake.